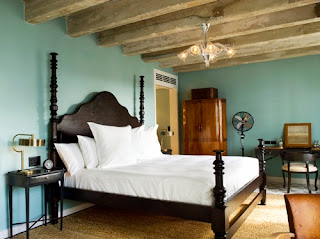 I was super excited this morning to see morning to see a sneak peak of the soon-to-open Soho Beach House on Hotel Chatter. The website says: "Founding members of the latest 'House' were treated to a soft opening on Tuesday night, and we're told that the hotel and Cecconi's restaurant will open to the public on October 11." 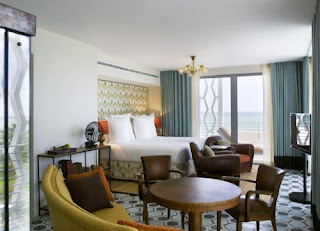 "The rooms range in size from 350-1500 square feet, and have antique furniture, king-sized beds, Samsung 40-inch flatscreens, iPod docks, drinks cabinets and rainforest showers with Cowshed products. Some rooms will also have free-standing bathtubs and private terraces overlooking the Atlantic.
The design was envisioned by Soho House founder Nick Jones, along with designer Martin Brudnizki, who had this to say about the look in the latest issue of Miami magazine:
'When people say Miami, they think of something chi-chi and polished, but we didn't want to be too pretentious or overdesigned—there is beauty in faded grandeur.'" 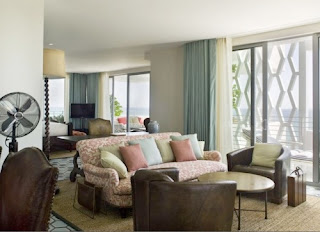 
Courtesy of http://www.hotelchatter.com
Posted by Kenan Interiors at 11:01 AM No comments: Links to this post 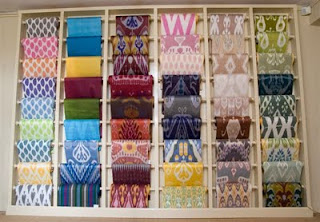 Bermingham & Co is one of my favorite spots in NYC to hunt for the perfect antique piece for almost any project. The company has also cornered the Ikat market with an entire wall of Silk samples, pillows, and even lamp shades. 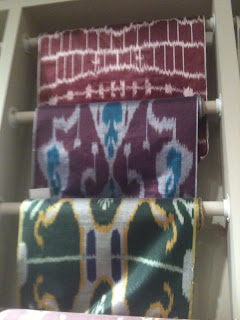 I was looking for the perfect Ikat to transition a newly engaged client's apartment from bachelor to beautiful - we chose the purple Adras Ikat to re-cover two antique wing chairs. The bachelor pad is currently dressed in blues and neutrals and the addition of this fabric will start the transition of mixing the couples pieces and styles. 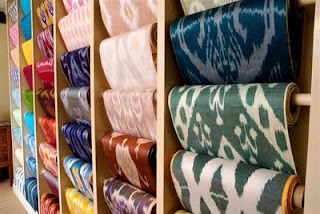 The Ikat's come in an array of jewel tones and neutrals and are also offered in pre-made pillows. 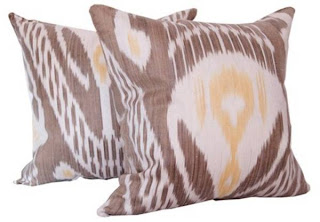 The store is located at 243 East 60th Street and sells to the trade only, so please let me know if you see something you like!
Posted by Kenan Interiors at 1:33 PM No comments: Links to this post 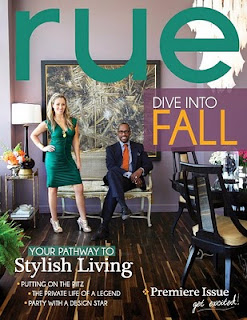 If you haven't yet checked out the new online magazine, Rue, you should do so immediately! The online publication covers all aspects of stylish living as well as a database of images and past issues (coming soon). In the ever growing world of online magazines, Rue will be sure to make a big splash!
Posted by Kenan Interiors at 10:36 AM No comments: Links to this post 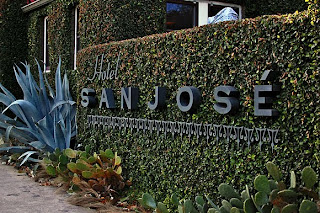 This weekend, I'm visiting my Sister in Austin, which has quickly become one of my favorite cities! Last night we stopped  the Hotel San Jose in Austin's hip SoCo neighborhood (South of Congress) for a night cap....this hotel is was built in 1939 as an "ultramodern motor court" and has become part of the fabric of downtown Austin - "a hotel with soul." 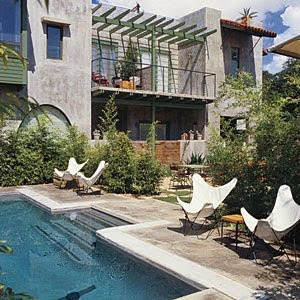 We sat by the pool, nestled in a bamboo garden, and drank the most delicious Sangria! I've never stayed at the San Jose, but I can't wait to on my next visit!

Stay tuned for more to come on Austin, and my trip to San Francisco next week!
Posted by Kenan Interiors at 11:35 AM No comments: Links to this post 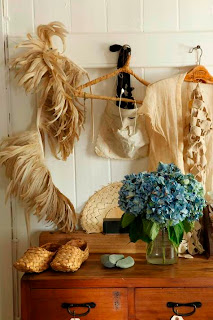 Do you ever crave fantastical interiors that will inspire and transport you to another time, place or world? A fairytale land designed for the modern, real, life? Well let me introduce you to Sibella Court.
I was recently introduced to the Australian Interior Stylist by a friend visiting from Sidney and was was immediately drawn to her intentionally haphazard, bohemian, quirky style. Sibella was a stylist in NY who returned to her native Australia to open her store, The Society Inc, in an 1800's corner shop in Paddington, a suburb of Sidney. Sibella recently designed colors for Murobond Coatings, Australia's leading paint manufacturer, and released a book, Etcetera, available only at Anthropologie stores.
As a world traveler and gypsy soul, Sibella curates her store and interiors with thoughtful precision. The interior of the Society Inc is a "haberdashery meets hardware store specializing in local and global textiles, furniture, homewares, and beautiful things". The contents and interior of the store change four times a year and every last detail is impeccably thought out. "Each new 'theme' will transport the visitor to different societies and each theme will encompass a new color story, using the colours Sibella designed for Murobond Paints." Below is a selection of Sibella's past themes and colour stories for the store.
Enjoy! 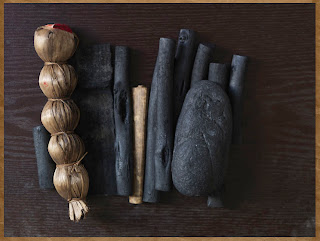 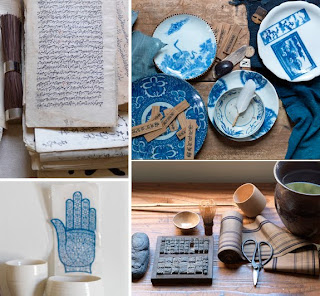 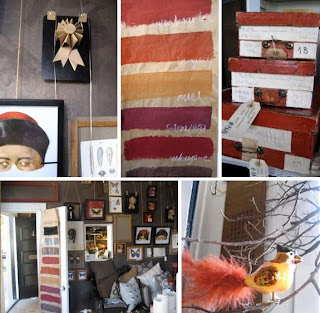 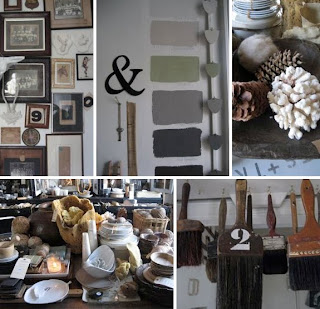 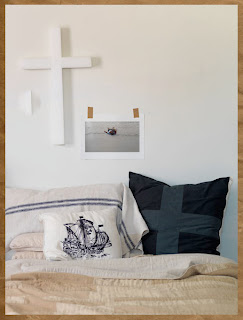 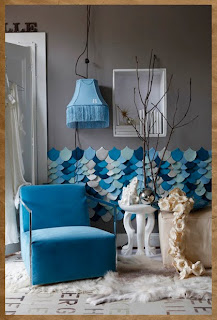 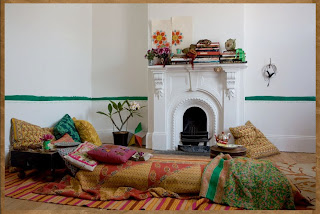 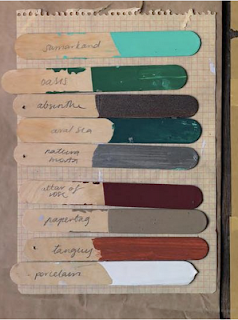 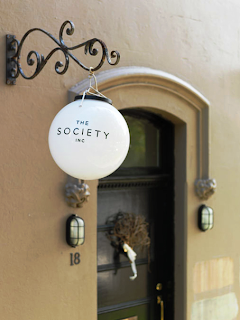 Posted by Kenan Interiors at 12:02 PM No comments: Links to this post

Kenan Interiors
is a boutique Design firm specializing in residential and commercial interiors with a special interest in hospitality and sustainable design. Kenan Interiors puts a twist on the traditional aesthetic, marrying antique pieces with new finds. With special attention to our client's interests and a love of travel, the result of each project is an eclectic mix. Musings is a place to share our current projects and finds, as well as our love of food, art, architecture, travel and anything else that leaves us inspired. To see our portfolio, please visit http://www.kenaninteriors.com Enjoy!